To design a flexible, dynamic and contemporary exhibit system for changing exhibits that are co-currated with the community of Delta.

To kick start the development of new exhibits for the future Delta Discovery Centre, Double Dare was contracted to develop an exhibit that could present a wide range of media and experiences.

The “Learning Station” is a modular system made up of exhibit components that are interchangeable in a number of manners.

We designed the unit, including writing all the graphic panels and preparing production ready artwork. We also worked with the fabricator to develop the production details.

The exhibit is built around a central core that houses equipment (computers, fans, batteries, cables, etc). Access to this equipment is via a door that doubles as a large introductory graphic on one side of the Learning Station.

Graphic panels are easily removed by releasing a nut and bolt, also accessed from the inside of the exhibit. This allows panels to be removed, re-wrapped, and replaced with minimal effort.

Other elements include a feedback module, a peek-a-boo module, discovery drawers, and an oral history module.

A prototype was unveiled to City Council in January 2019. It travelled to public venues around Delta before finding a permanent home at the Discovery Centre in 2020. The design of future “Learning Stations” will be based on evaluations of this initial prototype. 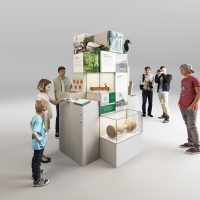 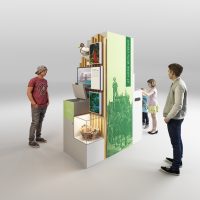 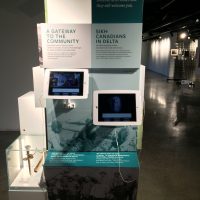 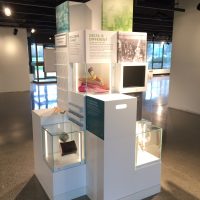 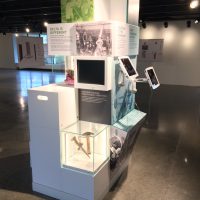 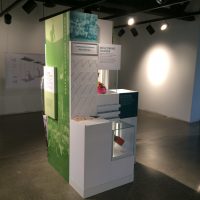 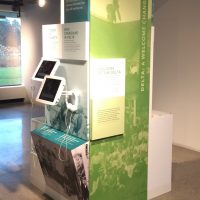 Want an exhibit that gets people smiling? We’d love to design it for you.